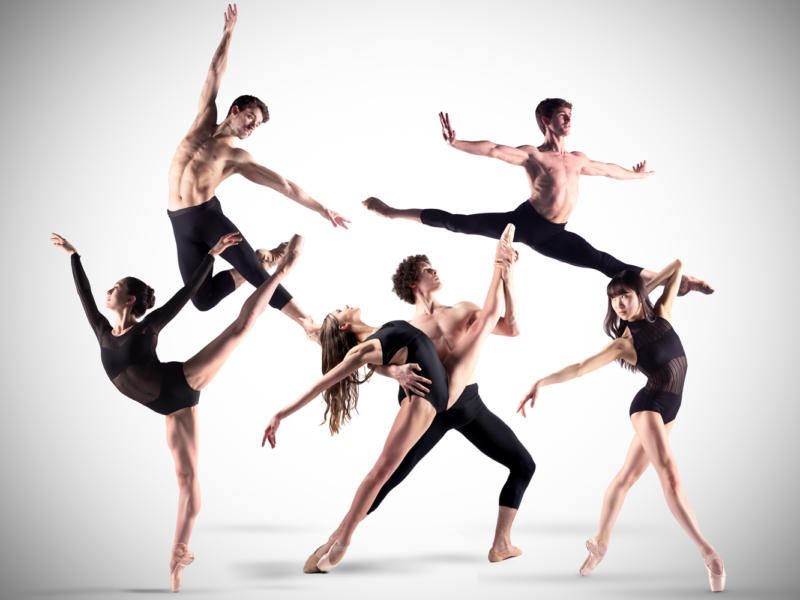 London dancer Ana Gonçalves, formed by Funcart, embarks this week to compete in Orlando, after being awarded in an international competition in Germany.

London dancer Ana Gonçalves, formed by Funcart, embarks this week to compete in Orlando, after being awarded in an international competition in Germany.

The 16-year-old girl, shy eyes and low voice, turns into a hurricane of technique, lightness and determination when she hears the chords of music and steps on stage. Those who follow the dance in Londrina have already got used to its strong presence in the presentations at the Ouro Verde Theater by the Municipal School of Dance.

This was also the case in February of this year, when Ana Gonçalves performed at the Berlin State Ballet School (Staatlische Ballettschule Berlin), in Germany. His performance impressed the jury of the Tanzolymp International Dance Festival, one of the most important worldwide in the area.

Among the evaluators were names such as Sergey Filin, from the direction of the Bolshoi Ballet in Russia, and Agnès Letestu, from the body of the Paris Opera, among other important directors and first dancers. The Londoner took 2nd place in the category “Ballet Classic Solo / Age 3”, competing with private schools from all over the world. More than one thousand dancers from 40 countries participated in Tanzolymp.

Now it’s time for another challenge. Ana embarked this Thursday (18) to Orlando, Florida (USA), to participate in the annual final of the 13th World Ballet Competition, which takes place from April 22 to 27. Ana was chosen in a WBC selection held in São Paulo in October of last year.

Within the Pre-Professional category, she will present four classical and one contemporary ballet numbers: the first variation of the pas-de-trois of “Paquita”, Swanilda’s solo of “Coppélia”, Odile’s solo of “O Lago dos Cisnes”, Aurora’s wedding solo of “A Bela Adormecida” and, in the contemporary modality, “Oração”, excerpt from Leonardo Ramos’ choreography for the show “Oração pelo Fim do Mundo”, from Londrina Ballet.

The eliminatory process involves three stages throughout the week. More than 120 dancers from countries in Europe, America and Asia participate in the solo modality.

Since the beginning of March, when she returned from Berlin, Ana Gonçalves maintains a regular rehearsal routine at Funcart with the help of professor Marciano Boletti to obtain a good result in the competition.

It’s about six hours a day of training on the school’s afternoon, as she also attends high school. No news for those who used to dedicate the longest time of the day to dancing. At the age of five, Ana entered the Pre-Balé playful course and, from the age of seven, attended the regular classic course.

In 2017, she completed her training at the Londrina Municipal School of Dance, but her diploma did not take her away from the rehearsal rooms and stages. “The graduation was not the end, but the beginning of a long journey. Many students stop at this stage, but in Ana’s case, it would be a waste, because she couldn’t waste time.

During that year’s vacation, she had already overcome herself and was technically better off than when she graduated. Only then did the routine of festivals and competitions begin”, explains Boletti.

According to him, during the regular course at Funcart, the teachers offer a quality training, with a didactic that serves different types of students and different purposes. So the teachers don’t set the competitions as their final goal, but let the students choose to participate or not.

Some use dance only with the intention of improving physical fitness, others become teachers of social projects or of the School itself. There are still those who prefer to join professional companies, either repertoire or contemporary. Ana Gonçalves has a clear objective: “I would like to go to a school abroad [to improve my education] and then join a professional company abroad.

The experience in Berlin, on the occasion of Tanzolymp, showed that Ana has a technical level for her purpose. In addition to the silver medal in the classic solo category, behind just one dancer from the Royal Ballet in Italy, the Brazilian woman attended classes at the German state school, which promoted the Festival.

Even without knowing the German, Ana managed to follow the course from the repertoire learned in the Municipal School of Dance, which teaches the steps by the universal nomenclature.

“Some methodologies were very similar to those of Funcart and others completely different, but it was possible to see that I was in the international standard”, she recalls. The Municipal School of Dance is coordinated by Luciana Lupi and maintained by the City Hall of Londrina, through an agreement.