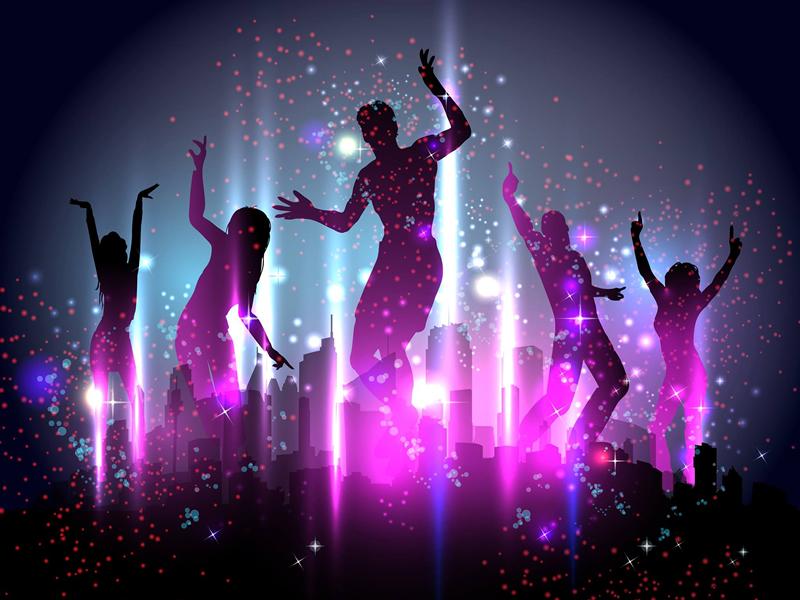 Disco music is an underrated style but one in which there is much to discover and enjoy. In 1974, disco music was an underground phenomenon, but only 3 years later, everyone danced it with John Travolta.

Although disco was one of the most prominent popular musical phenomena of the 1970s, it never received the credit it deserved. Even today, it still retains a sleazy halo and kitsch, and few people think it’s worth diving into this musical style to find avant-garde jewelry.

The album is an “up-tempo” style of 1970s dance music, especially soul and funk, and in its early days became popular with African-American and gay audiences in the United States. The word “disco” comes from the French “discothèque”, which in turn is a mixture of “disc” and “bibliotèque”.

Discos were born in occupied Paris during World War II. The Nazis banned jazz and dance clubs, so people went to illegal venues to listen to and dance to recorded music. One of these illegal clubs, located on Rue Hachette, was called “La discothèque”.

Paul Pacine later opened the “Whiskey a Go-Go” club, where people danced to records played by DJs. These clubs evolved and spread throughout Europe in the following years. Pacine opened in 1960 the club Chez Régine, where all the “beautiful people” of the city and the “jet-set” of other places of the world went.

Among them there were also Americans, who, inspired by the Parisian club, opened “Le Club” in New York. This club didn’t last long, because soon there was another one that became more fashionable: the “Peppermint Lounge”.

Before disco music existed, the word “discotèque-records” was used to refer to music played at New York’s private clubs and alter-hours parties such as “The Loft” and “Better Days.

The music in question was a mixture of funk, soul and imports from Europe, the same music that Jamaican DJ Kool Herc played at that time in the primitive Hip-Hop scene. This music is called “proto-disco”.

The first 12″ was actually a 10″. In the mid 70’s, DJ Tom Moulton would go to Media Sound Records studios to ask for acetates of the latest news. He was crazy to get the latest from Al Downing, a track titled “I’ll be holding on”.

The label’s technician, José Gonzalez, didn’t have any 7″ records left, so Tom told him to iron the record on a 10″. “How can I iron such a short song on such a big album? It’s ridiculous,” José said. Then it occurred to them to raise the sound level to +6. The result surprised everyone.

Times changed, drugs changed (the drug “disco” par excellence was the “Poppers”), and new clubs like the “Paradise Garage” opened their doors; the maxi of 12″ was born.

For the first time in history, songs were composed and produced with the word “disco” in mind. The album’s golden years ended with its gay audiences decimated by AIDS. The highest quality labels of those years are Salsoul, Prelude and West End.

It cannot be said that disco music was a strictly gay phenomenon (and therefore forbidden to women, who were banned from entering many clubs), but there are many famous gays in this music scene, such as Silvester, Giorgio Moroder and Patrick Cowley.

Disco music also means the emergence of “disco divas”, great singers of soul, funk or R&B, who worked side by side with the producers recording impressive vocal parts. Some of the greatest are Loleatta Holloway, Taana Gardner, Gwen Guthrie, Aretha Franklin, or Gloria Gaynor.

There was also a reaction of macho and racist intolerance in Britain and the U.S. called “Disco sucks. It was a campaign against gay liberation and black pride. The pro-men of rock claimed their white hegemony, which, for the first time, they saw in danger.

In the English publication “The Young Nationalists”, its readers were warned of the need to fight against this style of music and its “pseudo-philosophy”, unless they wanted the streets of Britain to be filled with “blacks and fags”.

“In 1974, producer Meco Monardo hired then-unknown Gloria Gaynor to record a couple of songs, “Honey Bee!” and “Never can say goodbye”. So far, nothing special: it was just one of the many sessions that took place at the Media Sound Studios in New York.

But when it came time to do the mixing, Monardo made a revolutionary decision: instead of leaving the rhythm section as an accompaniment -the most common practice then-, he raised the bass and drums channels and put them in the foreground, thus leaving behind the orchestra and the singer’s voice. The result was surprising: the first hit of the disco era was born.